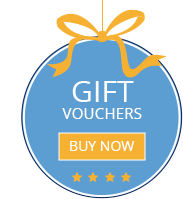 Something thought provoking?  It may not look anything special – a small area of salt marsh with a small muddy tidal inlet.  But look closer.  The banks of the inlet are cut into a layer of peat on which the salt marsh is growing.  The peat here was formed by accumulation over 100’s of years of decayed freshwater wetland plant material.  Salt marsh growing on freshwater peat is rare and found at only a few localities in western Ireland.  How then is the peat, which formed under freshwater conditions, now found here covered by sea water at high tides?  Has the land sunk or the sea level risen?

During glaciations ice sheets store vast quantities of water causing sea levels to fall while the weight of ice sheets depresses the underlying ground surface.  At the end of the glaciation the ice sheets melt and sea-level rises while, at the same time but at a slower rate, ground surface rises as the weight of the ice sheet is removed.  The salt marsh peat layer records a history of the interplay between falling sea level and rising land.  Nearby, archaeological evidence indicates that eventually, around 4500 years ago, sea level rise had created the salt marsh conditions we see today.

Like many things in nature complex goings-on are hidden in plain sight.

Keep a look out for birds feeding in the muddy inlet – Redshank, Green Shank, Sandpiper, Egret, Heron and other birds can often be seen here.

Download our Nature and Wildlife Brochure for more information.